The Dean Blog: Notes from the Philippines…

Half a century after its development, little girls who grow up to be mothers are not being vaccinated and a preventable disease like the rubella or germen measles is still destroying the hearing of newborns all over the world.

As in so many areas – and since the beginning of time — the greatest challenge to doctors has been finding cures for their patients afflicted with disease. The tremendous frustration today is that so many modern day medical innovations have advanced the lives of millions of people. But there is still a huge disconnect.

My experience in the Philippines has shown me that disconnect in vivid colors.

My Starkey Hearing Foundation group has spent the last three days in general Santos City, seeing hundreds of patients with hearing loss. I was completely taken when a mother of five children explained to me that her ten year old son had been deaf since birth because she was infected with German measles or Rubella during her pregnancy. The teratogenic effects of this virus include damage to the hearing system. What is most shocking is that it should have been prevented if she were properly vaccinated with mmr a vaccine that has been available for more than 50 years.

Mankind must realize that even with the most advanced technologies, in many places we are not delivering the cheap, basic medical innovations of the last century.

When a child is born with hearing loss they become isolated, never developing the speech that is so important for their social and intellectual growth. Eventually they become isolated and often discarded in a world that doesn’t have the time to pay attention to them.

The gift of hearing can change the course of child’s life by allowing them to simply hear the words of people around them. But it only works if there is access to care.

I am proud to working with The Starkey Hearing Foundation, which travels the world to provide access to care for these forgotten children. Since 1973, Bill and Taney Austin have dedicated their lives to giving people the gift of hearing, everywhere on the planet no matter how poor or remote the region.

Ravaged by typhoon Haiyan, this particular Starkey mission to the Philippines could not have been more timely. We are screening over five thousand people… and restoring some measure of hope. But the work will go on, and the needs will persist here and in other developing parts of the world. 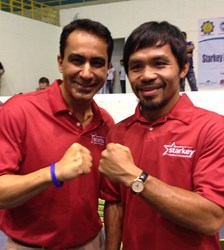 Dr. Robert Dean visits The Philippines with The Starkey Hearing Foundation on a mission to help survivors of Typhoon Haiyan, and provide hearing aids to children in need.

It has been nearly a month since the devastating Typhoon Haiyan hit the islands in the Philippines, but the long-term recovery has just begun. Dr. Robert Dean of Tampa, Florida has partnered with the Starkey Hearing Foundation to join in the relief efforts. He left on November 28th to join the foundation on a previously planned mission to fit over 5,000 deaf children with hearing aids, but the trip now has an even broader relief objective.

The partnership between Dr. Dean and the Starkey Hearing Foundation formed through Dr. Dean’s passion for making people healthier across the globe. His over 20-year medical experience has led him to study cholera, treat post-travel illnesses, and conduct research on women with HIV in Mexico. Dr. Dean also runs a foundation focused on conserving the world’s natural eco-systems and improving the quality of life in rain forest regions by increasing sustainability through improved social and economic infrastructure.

“When I agreed to go on a volunteer trip for the Starkey Hearing Foundation several weeks ago, I had no idea how dramatically circumstances there were about to change,” said Dr. Dean. “I had already booked my trip when Haiyan struck and devastated the islands. Those who were lucky enough to survive are in dire need of basic aid such as food, water, and shelter – resources that are scarce if available at all. I feel privileged to play a small part in helping the local population together with Starkey.”Dr. Dean intends to post updates during his travels from November 29th – December 12th. Please visit http://www.doctorrobertdean.com for his latest blog entries and to learn more about Dr. Dean. He is also encouraging others to support the efforts in the Philippines by donating here:

More about the Starkey Hearing Foundation: The Foundation donates and fits more than 100,000 hearing aids annually. As a member of President Clinton’s Global Initiative, Starkey has pledged to fit one million hearing aids this decade. In addition to giving the gift of hearing through worldwide hearing missions, the Starkey Hearing Foundation also promotes hearing health awareness and education through the Listen Carefully initiative and provides hearing instruments to low-income Americans through the Hear Now program. 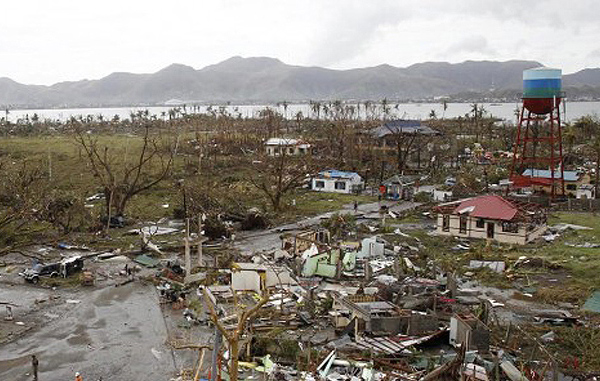 Preparing for the Philippines

When I agreed to go on a volunteer trip for the Starkey Hearing Foundation several weeks ago, I had no idea how dramatically circumstances there were about to change. I had already booked my trip when Typhoon Haiyan struck and devastated the islands. As we watch the rising death toll in the Philippines, it is clear that our mission’s intention to fit over 5,000 hearing aids for deaf children will no longer be our only objective. The hardest hit central islands are completely devastated and those who were lucky enough to survive are in dire need of basic aid such as food, water, and shelter – resources that are scarce if available at all. Check back here often, as I’ll be posting updates, photos and videos from my travels from November 29th through December 12th.

You can help support our efforts in The Philippines 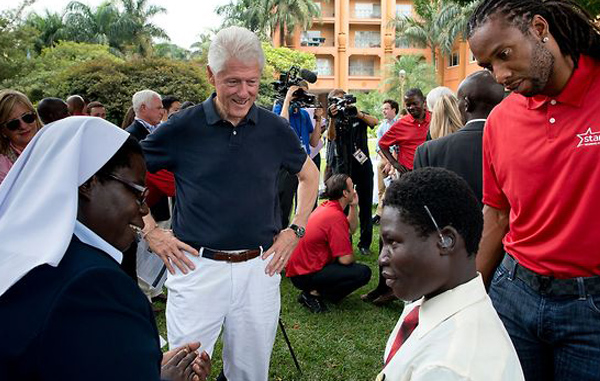 Learn how you can support Dr. Dean’s mission on behalf of the Starkey Foundation.

Dr. Dean is visiting the Philippines after Thanksgiving for a two-week mission with the Starkey Hearing Foundation. The Foundation fits and gives more than 100,000 hearing aids annually, and as a member of President Clinton’s Global Initiative, it has pledged to fit one million hearing aids this decade. In addition to giving the gift of hearing through worldwide hearing missions, Starkey Hearing Foundation promotes hearing health awareness and education through the Listen Carefully initiative and provides hearing instruments to low-income Americans through the Hear Now program.

The trip of course comes at a time of critical need for the Philippines as the island nation seeks to recover from the devastating Typhoon Haiyan.