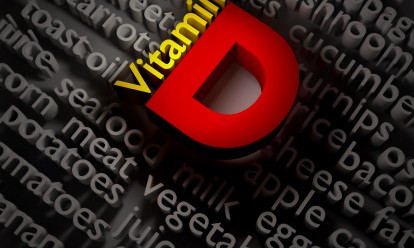 While many think of vitamin D as a just another vitamin, the reality is that it is a strong hormonal regulator. The body produces vitamin D from direct exposure to sunlight which trigger synthesis of vitamin D. Vitamin D can also be obtained from food sources and through supplementation. One of the main roles of Vitamin D is to promote calcium absorption and is involved in the formation of new bone. The true significance of vitamin D as a regulator of other functions including modulating cell formation, immune function, and reducing inflammation within the body, has come to light in many recently published studies.

In one of the most recent publications, researchers looked at vitamin D levels in children and teenagers and found that those with low levels had greater risks of atherosclerosis as adults. This study included over 2148 volunteers who had vitamin D levels during childhood years and then had carotid intima-thickness assessed between the ages of 30 to 45. Thickening of the arteries is believed to be a strong risk factor for cardiovascular disease

Taken from a randomized, double blind, placebo controlled study that was published in the American Journal of Clinical Nutrition looking at the role of Vitamin D in preventing influenza, the group that was given 1200 IU of Vitamin D3 had comparatively lower rates of flu (influenza A) versus placebo. The study also suggested lowered rates of asthma attacks in children.

In a 2014 published study from the University of London, researchers conducted a randomized trial, looking at the use of Vitamin D levels in patients with COPD. The findings of this study which included 240 patients showed that adequate Vitamin D supplementation can reduce COPD flare-ups by 40%

A recent study (2015) presented at the American Stroke Association’s annual meeting that looked at 100 patients who suffered an ischemic stroke. Those with low levels of Vitamin D (<30 ng/mL had a greater risk of developing a stroke and had approximately a two times greater area of stroke related brain dead tissue versus those with normal vitamin D levels. http://newsroom.heart.org/news/low-vitamin-d-predicts-more-severe-strokes-poor-health-post-stroke

Researchers from the University of California published a meta-analysis that encompassed over 32 studies that looked at Vitamin D levels and mortality. The findings show that those with inadequate Vitamin D levels (< 30 ng/mL) were 90% more likely to die prematurely when compared with those who had levels over 30 mg/Ml

These are just a handful of the studies looking at the interaction between levels of Vitamin D and various disease processes.

A compound related to Vitamin B3 may prevent hearing loss

A recent study published in Cell Metabolism by researchers from Weill Cornell Medical College and the Gladstone Institutes have identified a simple compound that may help prevent hearing loss. The compound nicotinamide riboside (NR) is a precursor to vitamin B3.

The process of hearing is based on a series of events that convert sound waves into electrical signals. Vibrations travel to the inner ear causing wave like ripples within the fluid inside the cochlea. There are tiny hair cells sitting along the top of inner membrane. These hair cells move up and down pushing against the sterocilia which transmits a signal to the auditory system within the brain. It is believed that exposure to loud noise can cause to damage to the junction where the nerves and hair cells meet, resulting in hearing loss.

Previous studies had identified that a chemical compound known as nicotinamide adenine dinucleotide (NAD+), which is chemically related to NR in this study, did protect nerve cells from injury however, it is an unstable compound. Using this information, researchers tested NR in lab mice and found that regardless whether the compound was given before or after exposure, NR did prevent hearing loss. It is believed that NR increases the activity of a protein known as SIRT3 (sirtuin 3) which is located within the mitochondria of the cells and is involved in regulating function.

The results of this study appearing to be promising. The researchers believe that the compound NR may also be useful for treating other disorders that are also mediated by the activity of protein sirtuin 3 such as hypertension, diabetes, and other metabolic syndromes.

National Institutes on Deafness and Other Communication Disorders (NIDCD) 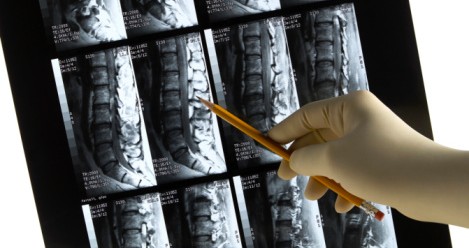 The incidence of Friedreich’s Ataxia (FA) is approximately one in every 50,000. It is known that most symptoms associated with FA occur during the first decades of life. Many lose their ability to walk by age 25. Friedreich himself noted the presence of scoliosis along with other symptoms in 1875. Scoliosis is associated with FA and is often seen early on in the developmental process. A search of the literature finds that the prevalence of scoliosis among those with FA has been reported in the range of 63 to 100%1, 2, 3

There is some debate noted on whether FA should be classified as a neuromuscular scoliosis or idiopathic type. For the most part, scoliosis associated with FA is similar to other neuromuscular forms such as muscular dystrophy which features a progressive thoracolumbar curve and severe muscle weakness. Labelle et al (1986) concluded that scoliosis associated with FA behaved more like an idiopathic form as the curves were not necessarily rapidly progressive, were similar curve patterns, were not associated with muscle weakness, and age at onset was a key indicator of progression4. This was based on a retrospective review of 56 cases with an average of nine years of follow-up after the diagnosis was made. This is contrary to the findings of Milbrandt et al (2008) who felt the curve patterns were more in-line with neuromuscular type scoliosis.

The current literature does reflect bracing does not appear to halt progression of most curves that have been studied. A posterior spinal fusion has become the main treatment choice for surgical management of progressive curves associated with FA. Previously, hook and wire constructs were utilized but has fallen out of favor due to inability to maintain correction. Many of the curves are double major type with kyphotic deformity. Restricted lung disease associated has been reported as a secondary complication in cases with significant kyposcoliotic deformity. Cardiac co-morbidities are also associated with FA and must be considered when contemplating surgical management.

Despite known complications associated with FA, reported outcomes from posterior fusion surgery have demonstrated successful correction of the major deformity and fusion rates at an average of 3 years of follow-up.

One of the major health headlines in 2015 has been a measles outbreak. The current outbreak is believed to have begun in Disneyland and Disney California Adventure Park in late December 2014. Since that time, well over 115 cases of measles have been reported in multiple states. In Florida, 4 cases have been reported at the time of this writing. Based on information from the Florida Department of Health (DOH), the four individuals identified, traveled to Florida, including Tampa and are not state residents. Two of the individuals are U.S. citizens while two are international visitors. None of the four were vaccinated against the disease. The DOH and local health departments has been aggressive about monitoring individuals who were potentially exposed to the four travelers.

This recent identification of measles in the Sunshine state comes after a prior outbreak in the Orlando area. Case information from the Center for Disease Control and Prevention (CDC) identified a 10 year unvaccinated resident of Orange County as the index case last year. Subsequently, her 3 siblings all contracted measles within a week of the diagnosis. The parents of the children claimed religious exception to vaccination. Nasal specimens that were collected from all of the children by the Florida Department of Health and Bureau of Public Health Laboratories, did test positive for the measles virus RNA. An additional case of confirmed measles was identified by the DOH in Miami-Dade County. This case was identified nearly one month after the Orlando cases. A Brazilian citizen, without evidence of vaccination, reported having visited a theme park in the Orlando area. Genomic sequencing of the Brazilian patient was identical to the cases reported in Orange County. It is believed that this exposure likely came from the same Orlando based theme park where the index patient’s family had visited one month prior.

Measles is a highly contagious disease with an estimated incidence of more than 20 million cases worldwide. Complications occur in about 30% of cases in which over 164,000 deaths occur worldwide yearly. Cases in the U.S. tend to be sporadic and commonly occur from unvaccinated international visitors and from U.S. citizens traveling abroad.

The MMR vaccine has been shown to be highly effective at preventing the spread of measles, however, its use is under scrutiny by subsets of the population that contest that vaccines are harmful and can cause autism. Florida State Surgeon General and State Secretary of Health, Dr. John Armstrong has reported that approximately 93% of kindergartners in Florida have received vaccination for measles, mumps, and rubella (MMR vaccine).